Faithful & True of Jacksonville is a Christ-centered Bible-based support group for men with an ongoing problem of sexual sin in their lives.  There are meetings throughout Northeast Florida. We provide support groups for men who wish to abstain from sexual sin. The only requirement for attendance is the desire to bring an end sinful sexual behavior that is a violation of God’s design. There is a modest charge for a workbook along with a suggested weekly offering of $5.

…in the Trinity of God the Father, Jesus the Son and the ministry of the Holy Spirit.

…in the inerrancy of the Bible as Holy Scripture.

…in the confession of sins to God and to a brother of common faith.

…in repentance (running from sin – towards a Holy God); this is evidence of restoration.

…in the regeneration of sinners and the restoration of Saints who have fallen.

…in Salvation through the blood of Jesus Christ; this is evidence of God’s mercy and grace.

…in a literal Heaven and Hell – the only way to avoid Hell is salvation through Jesus Christ.

…in having no denominational attachment…But having an ecumenical and Evangelical outreach.

…in making amends with those we have hurt, when doing so would cause no harm.

…in having no expectations of kindness or forgiveness from those we have harmed.

…in forgiving others who have offended us and not holding them responsible for our sinful past.

…that Christ is the foundation upon which our lives and families are built.

…restoration and recovery is a journey, acknowledged by God and led by those who have gone before.

…we can provide hope that a Godly marriage can be achieved after the discovery of sexual sin.

…every Christian marriage, in spite of the consequences of sin, has God ordained potential.

…marriage is a tender man caring for a sensitive woman where both shared sacred marriage vows.

…marriage is best pictured as a man (Jesus) caring for his bride (the church).

…that marriage is a sacred vow, spoken by a man and woman, in front of witnesses and declared before God.

…marriage is strongest when God is central in the lives of a husband and a wife.

…extraordinary love is essential for a lifelong marriage relationship.

…God (not a spouse) is our only completer, thus we encourage those who are not married to live a sanctified life.

…we should be ambassadors to those who have inconsistent lifestyles by demonstrating love and hope.

…in accountability to God, the Church, wife, family, employer, support group and friends.

…in sexual sobriety by not having sex with self or another person outside of marriage.

…in progressive victory over a lustful thought life as well as objectification of another person(s).

…confidentiality in all that is shared; The EXCEPTION is when a participant is dangerous to self or with others.

…honesty, by providing full disclosure of secret sins to a wife who is ready to hear such a confession.

…in deliberate progress over time. Any attempt to control God’s plan with a quick fix or deliverance is NOT recovery.

…in making no self-righteous statements that can cause a member appear to be less (or more) of a sinner than another.

…Scriptural discipline is a church issue. However, a member engaging in contrary sexual behavior will be held accountable.

…meeting attendance should be a priority, not an obligation. Commitment should prevail over convenience

History –   In February 1997, Two men started meetings in a small church on the southside of Jacksonville, FL.  After one year the meetings grew to the point that the meetings had to utilize an entire building.  After two years, a second meeting was added in Orange Park, FL.  These two meetings continue to this day.  In 1998, the wives wanted to have their own meeting so they could address the issues they faced with an addictive husband.  To this day, the Faithful and True support groups continue to accept any man who wants to abstain from sinful sexual behavior.  Over 1,700 men have attended meetings with approximately 450 wives accessing resources and support groups for spouses.  Men come to us from a vast array of backgrounds, vocations and religious affiliations.  Yet, their stories are similar in spite of the diverse personalities and different histories.

Most men (and couples) are referred to us from a marriage counselor.  Clinical professionals see the benefits of support groups.  Pastors are relieved to discover a non-denominational meeting for parishioners who need a place to process the sin and the pain brought upon them through the internet, broadcast media and infidelity.

The Regional Facilitator for Faithful & True of Jacksonville, Inc. is Jerry Sinclair. Jerry and his dear wife, Susan, are the presiding officers of Faithful and True.  The ministry is registered as a 501c3 charitable corporation & accepts tax deductible gifts.  Jerry and his wife, Susan, are accountable to a local Board of Directors and their local sending church, Southpoint Baptist Church. 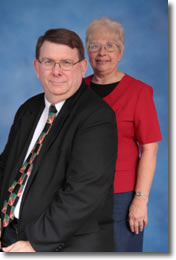 Your message was successfully sent. Thank You!

Also, we are not counselors or therapists...but can offer referrals as the need arises.

Our primary goal is confidentiality.  We protect the names of our constituents and donors and do not share data without permission.  However, in the case of a constituent admitting to an unreported crime against a child or defenseless adult, we will report that crime to the authorities.  This includes child pornography.
This website uses cookies to improve your experience. We'll assume you're ok with this, but you can opt-out if you wish.Accept Read More
Privacy & Cookies Policy

This website uses cookies to improve your experience while you navigate through the website. Out of these, the cookies that are categorized as necessary are stored on your browser as they are essential for the working of basic functionalities of the website. We also use third-party cookies that help us analyze and understand how you use this website. These cookies will be stored in your browser only with your consent. You also have the option to opt-out of these cookies. But opting out of some of these cookies may affect your browsing experience.
Necessary Always Enabled

Any cookies that may not be particularly necessary for the website to function and is used specifically to collect user personal data via analytics, ads, other embedded contents are termed as non-necessary cookies. It is mandatory to procure user consent prior to running these cookies on your website.